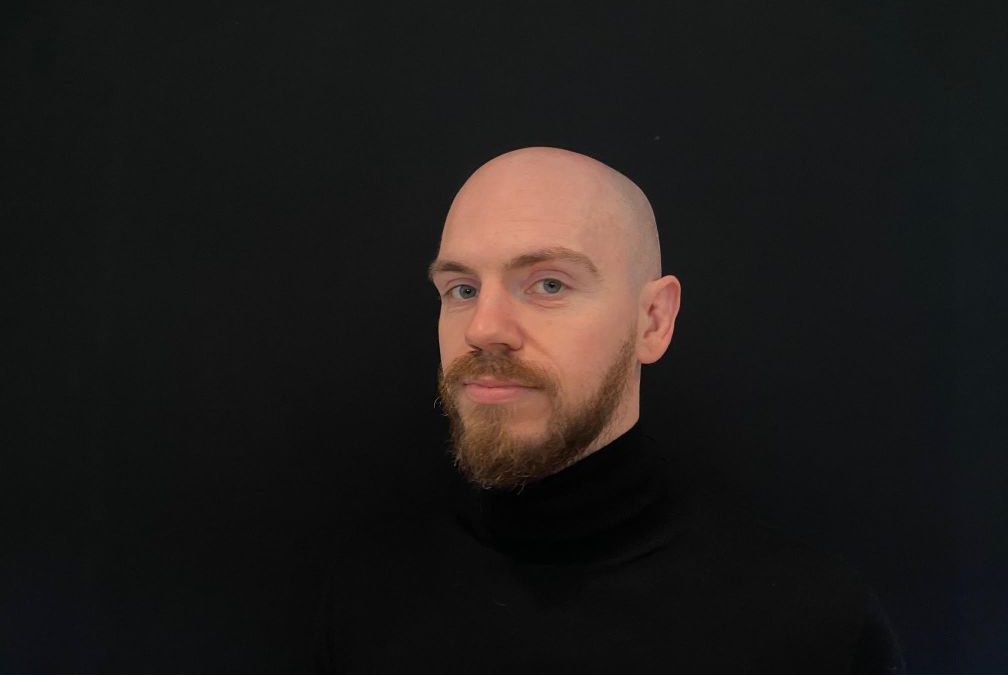 After releasing albums consecutively in 2017 (Introducing Angela) & 2018 (Got Love) I thought it was time for a break.

I wasn’t sure where I wanted to go next time musically and I was tired of the process as it’s quite exhausting and you tire very easily of what you’re working on. Time gives perspective on your previous work and reflection is good for the soul.

However Matt Walters (TUS producer and musical arranger) asked what’s next and my only thought was to write some songs specifically for a male singer as I have always tended to work with female vocalists. Matt suggested Daniel (TUS guitarist on the last 2 albums and when we perform live).

To test out the dynamics between us all I dug out an old track Falling from many years ago and worked on slightly different lyrics and structure and we went in to the studio to do a demo. We all felt the end result was good enough to start song writing sessions again.

With Danny’s unique voice in mind I got cracking on some new songs. And the end result after just short of 2 years is our new album Presenting Daniel. It is a truly collaborative creative project and all better for that, so a big thank you to both Danny & Matt.

Out in The Dark

One of the very first tracks written (I think number 3) and it just worked with a pop/rock feel dealing with a fading love. We wanted to get a real contrast between the verse & chorus which really is quite rocky.

Not to Be Gone

We all loved this from the moment Danny laid down the vocals. It has our dance roots in the arrangement but is still a fresh take as none of us want to look back but try to go in new directions. You can clearly hear all the hard work Danny does with the backing vocals and harmonies. They are there on every song but sometimes more buried in the mixes.

Right from The Start

We have taken a Latin approach before but probably not as overtly as this. We just loved the way Matt’s arrangement bought together the lyrics and melody to emote a feeling of being abroad in a bar listening to a lothario talk of a great love destined to be missed.

A New Story of Love

The only ballad, if you can call it that, on the album. A great vocal and it’s not an easy song to sing which you’ll realise if you sing along to it holding your notes where you should. When Matt sent me the original backing track I did think it had a beauty about the song but it took a lot of work to get it right. A great guitar solo from Danny in the mid 8 bringing that touch of rock in to it.

I Can’t Fight What We’re Living For

The very last track completed for the album though it wasn’t until we got to the version you hear on the album that we decided it made the cut. Brilliant work from Matt, well all of us even if I say so myself! I can’t remember when this was written but it was back early in 2019 and I remember at the time I was quite chuffed with the lyrics.

Pure pop in its conception. Simple emotions simply said. You do always wonder if you’re doing your best as a lyricist but sometimes less is more and simplicity packs a punch. The brass on this track played by Henri Collins (as on all tracks) is just what I heard in my head in the early parts of the process.

This track fell in to place so easily. The most stripped back track production wise on the album but we really wanted to highlight the wonderful harmonies and backing vocals so they became integral to the mood and feel of the song giving it a melancholy feel.

Leaving My Ghosts Behind

The second song written and the end result just worked from the off. Quite rock/pop again with a flowing & pretty melody balanced by the harder edge to the sound.

Pure pop again with a melody that has light and shade. A little of a West Coast America about it perhaps but with a lot of energy and once again great vocals from Danny.

Full on Latin flavour with fabulous brass from Henri Collins. My guilty pleasure if I’m honest as it is so different to what we have done before but I find it charming and shows another side of Danny’s voice and as the album is all about his vocals I felt it really important to showcase his full range.

We have an album that is a little latin, pop & rock in flavour. We are very proud of what we have created and it’s so rewarding to release & share all our hard work.

We hope you enjoy it.