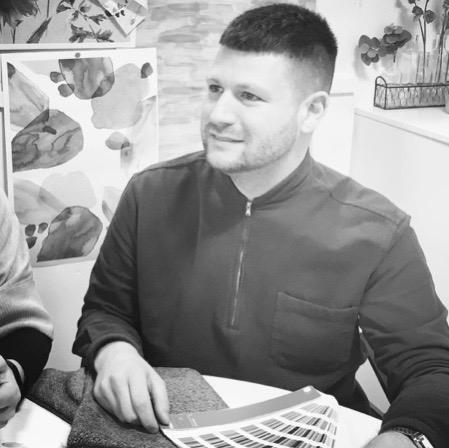 Being a textiles designer, I jumped at the chance to do something different and design the new album & single artwork for The Urban State.

The Urban State had an open brief with just an initial black and white image for inspiration and I evolved that idea and personalised it using images of Roderick and his family as a backdrop which were then treated with a paint brush wash in subtle but vibrant hues to give an enigmatic  modern feel that would complement the sound of the album.

In their true form they were bright & colourful, but tweaking them in photoshop & playing around with filters, I was able to capture the look that was originally asked for. They got great reviews and I couldn’t have beenhappier with the outcome.